The .ie Domain Profile Report is a biannual analysis of the .ie domain database and the H1 2019 report covers the period from 1 January – 30 June 2019.

The report explores the number and type of domains in the .ie namespace and provides analysis on those registered in 2019 in Ireland, the counties and countries where they were registered, as well as new information about the wider .ie domain ecosystem.

The demand for .ie brand drives 75% increase in number of .ie domains offered for private sale, while the growth in .ie registrations from Great Britain suggests an ongoing ‘Brexit effect’, as companies move to secure online assets in Ireland. British-registered .ie domains make up 3.6% of the total of 273,156 .ie domains registered by June 2019 and 42% of the 24,009 domains registered abroad. 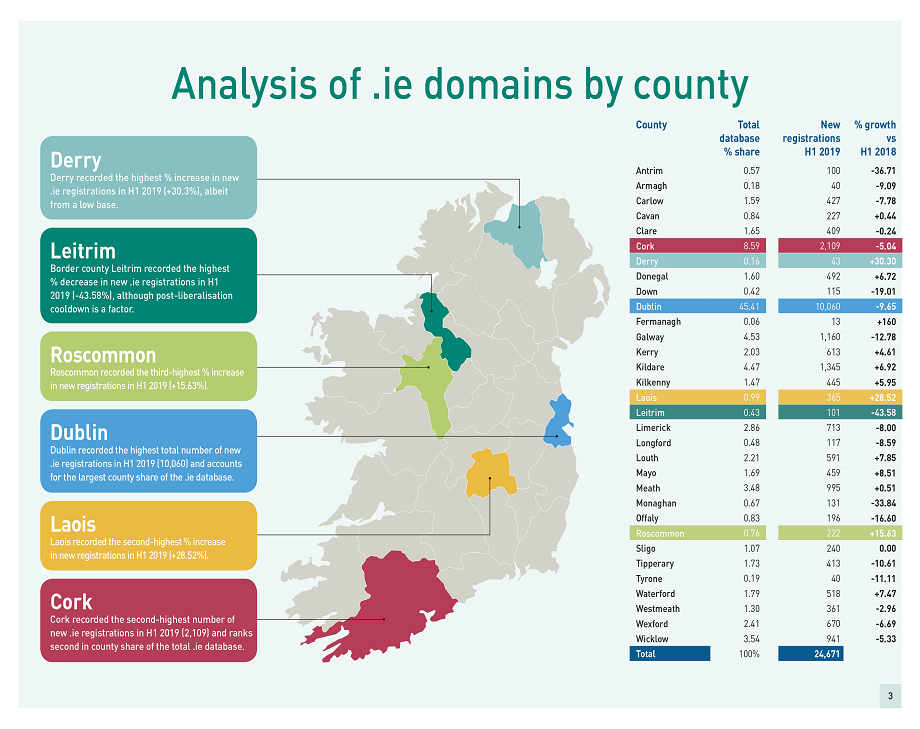 39.3% of .ie websites had SSL (security) certificates at the end of H1 2019, which is a 58.5% increase year-on-year. Google now downgrades search results for websites without SSL certs.